Architecture in Effect
Home › Critical Historiography › Architecture and Philosophies in Turmoil - The Case of France Post '68. A Critical Interpretation of the Relation between Social and Architectural Change ›

The general theoretical framework in this project, to the wider scope and theme of cultural criticism focused on the architectural project, consists in the vast conceptual reorientation in French post war philosophical and sociological epistemological investigations as these were specifically pointed towards aspects of material culture, of spatial and urban architectural dimensions. These orientations with obvious high relevance for research are considered as of firmly established global significance in contemporary architectural academia.

This is a valid point to start such an inquiry because so many attempts in that direction has been made here mostly in sociology, philosophy and humanistic disciplines but also even if only occasionally by architects and planners. This huge area is circumscribed to the rise of new French urban sociology and residential sociology configured by the line of ideas represented by evolutions of intellectual and personal interrelations between Lefebvre, Debord and Baudrillard but also based on Bourdieu’s professional sociology of taste as cultural capital.

The Research Question consists in providing, as a counterpoint to this theoretical investigation, critical elements of historical and empirical evidence for profound new insights into the precise nature of the relation between radical philosophical orientations, their implementation in built or projected material culture and specific cultural situations of transgression. The focus of the research would be to confront this general crucial question with strategically chosen rich empirical evidence in architectural and social science terms embracing the paramount and uniting notion of change, invention or alteration: architectural and social situations at the critical edge of change and profound transformation.

The research should initiate the analysis of turbulent transformations following the May ’68 events in France and to monitor this situation up to and even further beyond the present situation as unfolded in visions of potential new futures explored in architectural projective design research practices. 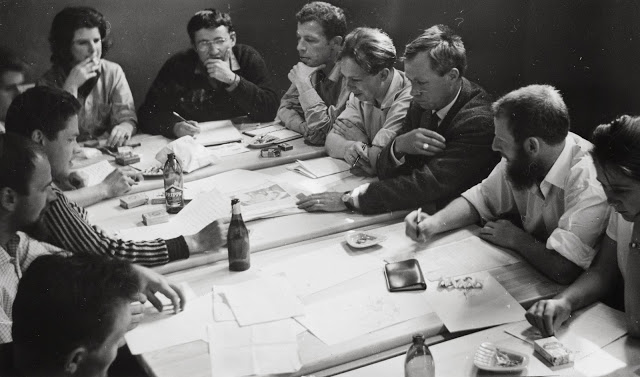 The Architecture of Allotments: Suburbia across the Urban Landscape

Functional or modern? On the preference for rational explanations in the historiography of Swedish modernism

Models of the Past. Architectural Reconstructions in Modern Sweden

Modern Heritage and the Democratic Dilemma

Revolution as the Moment of Silence. The Encounter of Formal and Informal and the Revolutionary Aesthetics

The Architecture of Deregulations: Politics and Postmodernism in Swedish Building 1975-1995

The Integration of Critique